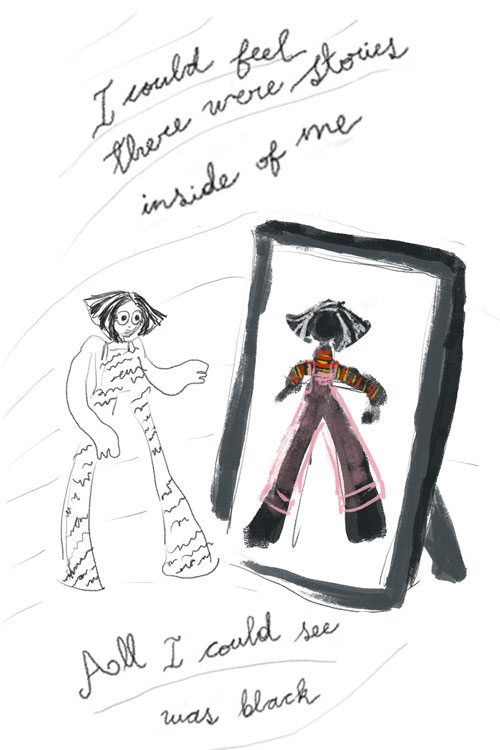 WHEN THE STREETS MOVED

Since I was a little kid, I believed the streets in a city could move and that an entire block could change places. I didn’t understand then why I had such a strong and strange belief, but I kept it alive because I knew I would figure out what had happened later in my life.

I grew up in a bloody dictatorship, and only by drawing this story did I realize I was terrified as a kid. Having such a creative belief was not allowed. So, I started hiding in plain sight.

This young adult graphic novel memoir is the story of my life, becoming an artist and entrepreneur after escaping a  totalitarian, chauvinist, and antisemitic society.

Think “In Limbo” by Deb JJ Lee, “I was their American Dream” by Malaka Gharib, “Maybe An Artist” by Liz Montague, and “Messy Roots” by Laura Gao

The AEntropic. A World Uncertain.

An outlandish young woman must defy her own beliefs and disregard everyone else’s to defeat the tyrant trying to destroy what’s left of her world and save her race from annihilation.

“I live in an aentropic world. What does that mean? In my world, everything is constantly changing. Yes, I know, where you live, everything is constantly changing too. But in my world change is fast. Really fast. Super-fast. A seed can be planted, grow, give flowers, give you fruit and die in a matter of minutes. Right in front of your eyes. If you like something, don’t. It’s pointless to like anything. It will be gone so fast, you better not get attached.”

I grew up in a bloody dictatorship in an antisemitic, chauvinist, totalitarian society. The milk was brought to us in milk cans on a wagon pulled by a horse until the craziest thing happened…

Want to stay in touch?

Get my newsletter below or send me a note in the Contact page.